Sharks past, present and future battled Saturday in the summer heat, with the youngest generation filling in as needed for the short-handed Sharks and White Sharks. It was a close, well-played game, but in the end, it was the Sharks of today that came out on top, 10-8, with a big assist from an outfield provided by the White Sharks. 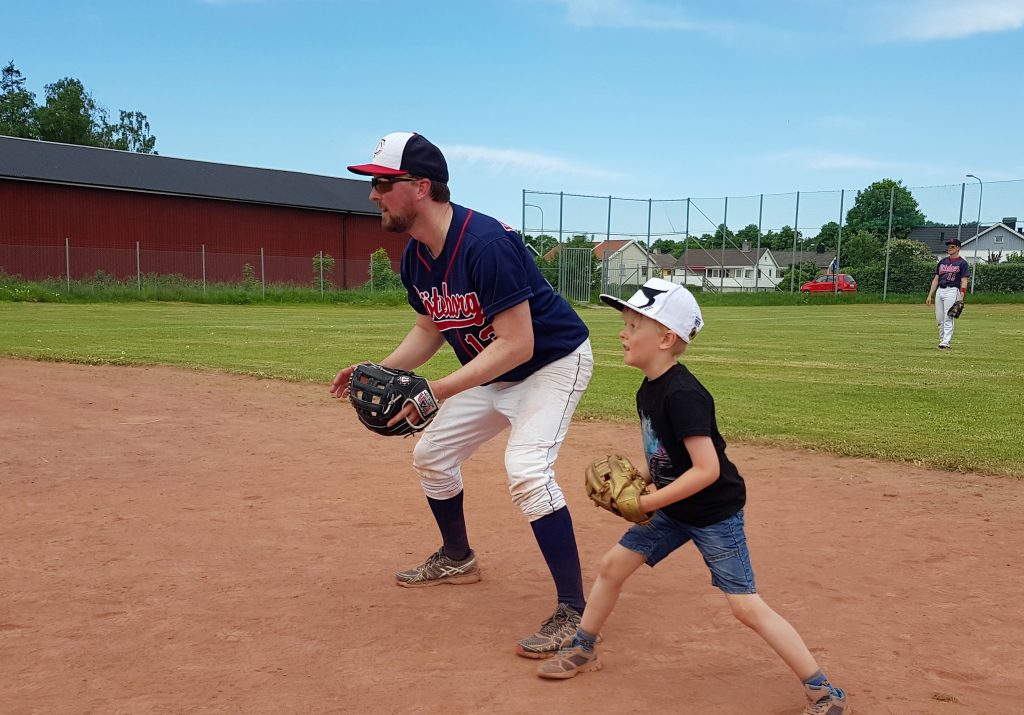 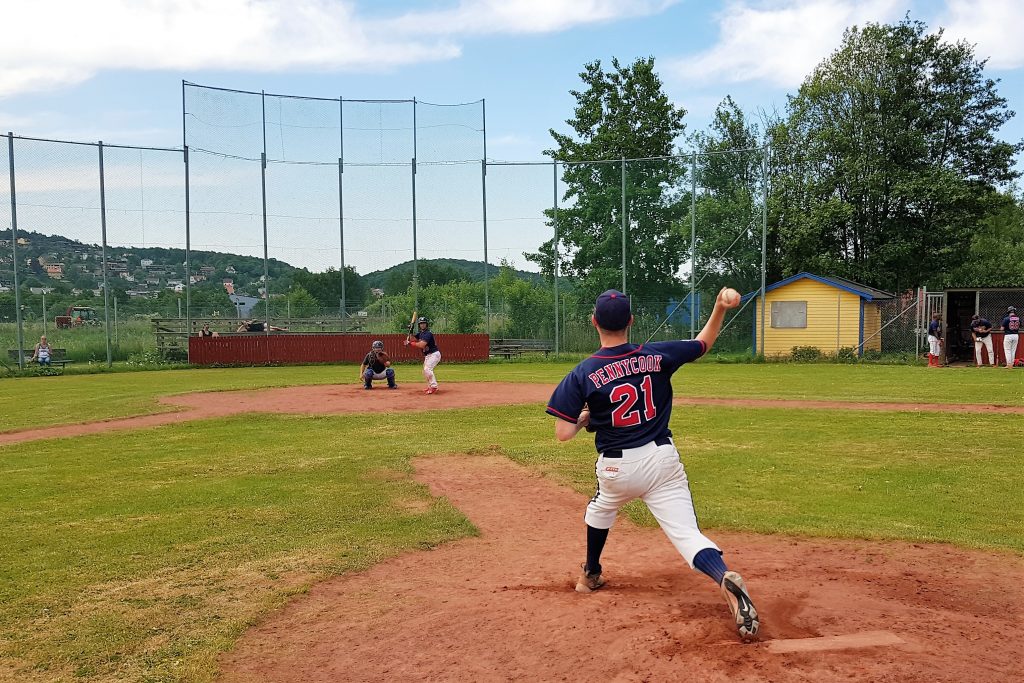 The Sharks made two major acquisitions this past week. Most important was the signing of former Shark Alexander Larsson after a six-year absence. “It’s great to be back,” said Larsson with a smile as wide as today’s strike zone.

And speaking of smiles, the other acquisition is sure to make the grounds-keeping crew happy–the Sharks have bought a tractor! And no one could be prouder than head groundskeeper Tractor Jonny Edgren, show below dragging the infield. 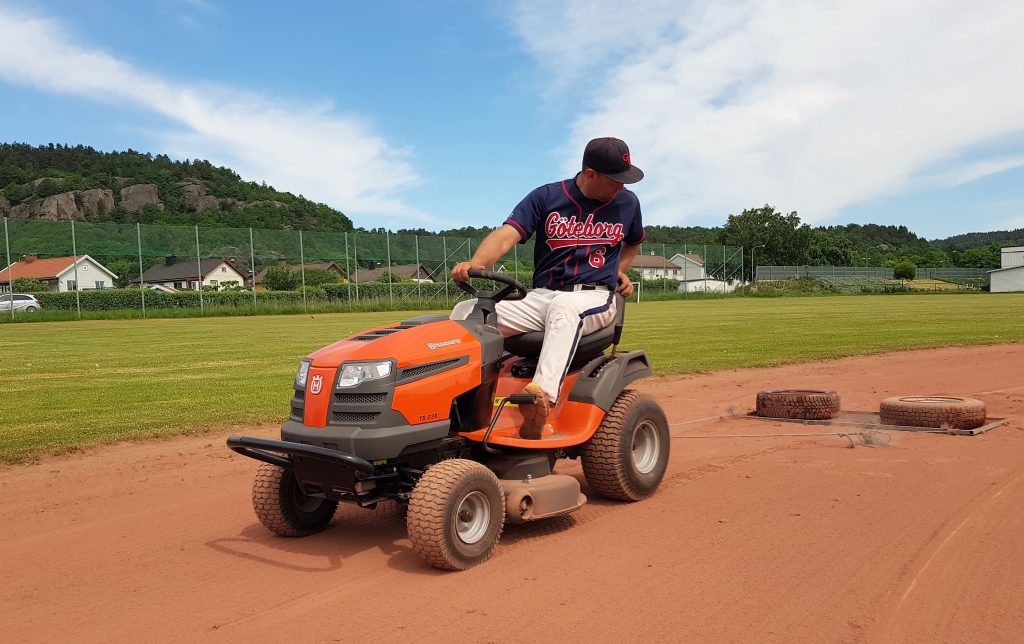 Tractor Jonny, getting it done