Hard fought games at Tranås are nothing new.
Sunday was no exception.
“We need to work more on our defense,” coach Jonny Edgren says.

The Gothenburg Sharks (1-1) were eager as vampires in moonlight to get their first taste of blood in 2018. During an aggressive first inning on Sunday, Hajarna scored four runs off Tranås (1-1) starter Felix Casanova (1-0). Those runs were not only a result of the Sharks mastering the bats but also some errors from the home team.

Anywho, Tranås came right back in the bottom of the first inning and terrorised the Sharks starter José Martinez (0-1). The Sharks then came back with two runs in the second just to have Tranås equal those in the bottom half. Tranås had a decisive fourth inning where they scored three runs and took an 8-5 lead.

“Those balls were well hit and they found the holes in our outfield in that fourth inning,” Edgren says.

Göteborg put on the rally caps and brought the tying run to the plate in the last inning but could not get the baseball between or over the Tranås defense. Final score in the first game was 10-8 in favor of Tranås.

At the plate, the Sharks’ own version of ‘Vatos Locos’; José Martinez, Eric Marquez and José Muñoz was solid at the plate. All three went 2-4 and Martinez and Muñoz each had a double. 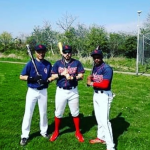 Martinez put up a solid performance and went the distance in his official 2018 debut. He did not have the usual command of his pitches and gave up an uncharacteristic six walks. His strikeout total was as uncharacteristic, nothing only four K’s.

“He [Martinez] was a bit shaky at the start but recovered and was solid. Tranås hit his fastball well, but he’ll be fine,” Edgren says.

The hard throwing Enrice Morton (0-1) started game two for the Tranås team and the Sharks went at it again. With the aggressiveness that coach Edgren been looking for, the Gothenburg team was credited with a three run first inning. Like the first game, it would be a roller coaster.

Tranås came right back in the bottom half and scored four of their own off Sharks young gun Shervin ‘The Shervinator’ Shakki (1-0). The Sharks, behind offensive juggernaut Muñoz, went back to swinging the bats and took two runs in the top half of the second for a 5-4 lead. A lead they would not relinquish.

Behind a solid defense, led by some defensive plays worthy of being web gems from Muñoz, the Sharks held on and added to their lead with three runs in the fourth and one in the seventh.

“The dandelions were pretty, but I got red dirt on my pants,” Rickard Kronqvist said after playing first base in the Sharks first victory of the season.

While that quote is both prosaic and weird, it does not take away anything from the Sharks’ performance in the second game. 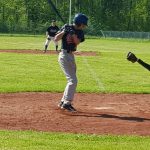 Shakki got out of the way of this one.

Starting pitcher Shakki proved that he is gunning for a place in the rotation and willing to challenge for the place as the staff ace despite his young age. The ground ball machine went six innings, giving up four runs (one earned) on five hits and four walks, striking out one.

“He [Shakki] had a rough first inning but got better as the game went on,” Edgren says.

Edgren showed his intentions of being the Sharks closer as he called himself in from the bullpen to close out the game. A walk, hit and a run scored on a fielders choice was Edgren’s line on the first successful bullpen outing from him in the season.

All in all, the Sharks offense showed signs of progress and amassed 15 hits and 9 walks on on the day. Hits kept coming from all over the lineup and while veterans Kronqvist and Klas Brinkfeldt was kept hitless on the day, they have enough experience to know that winning one game is better than losing two. 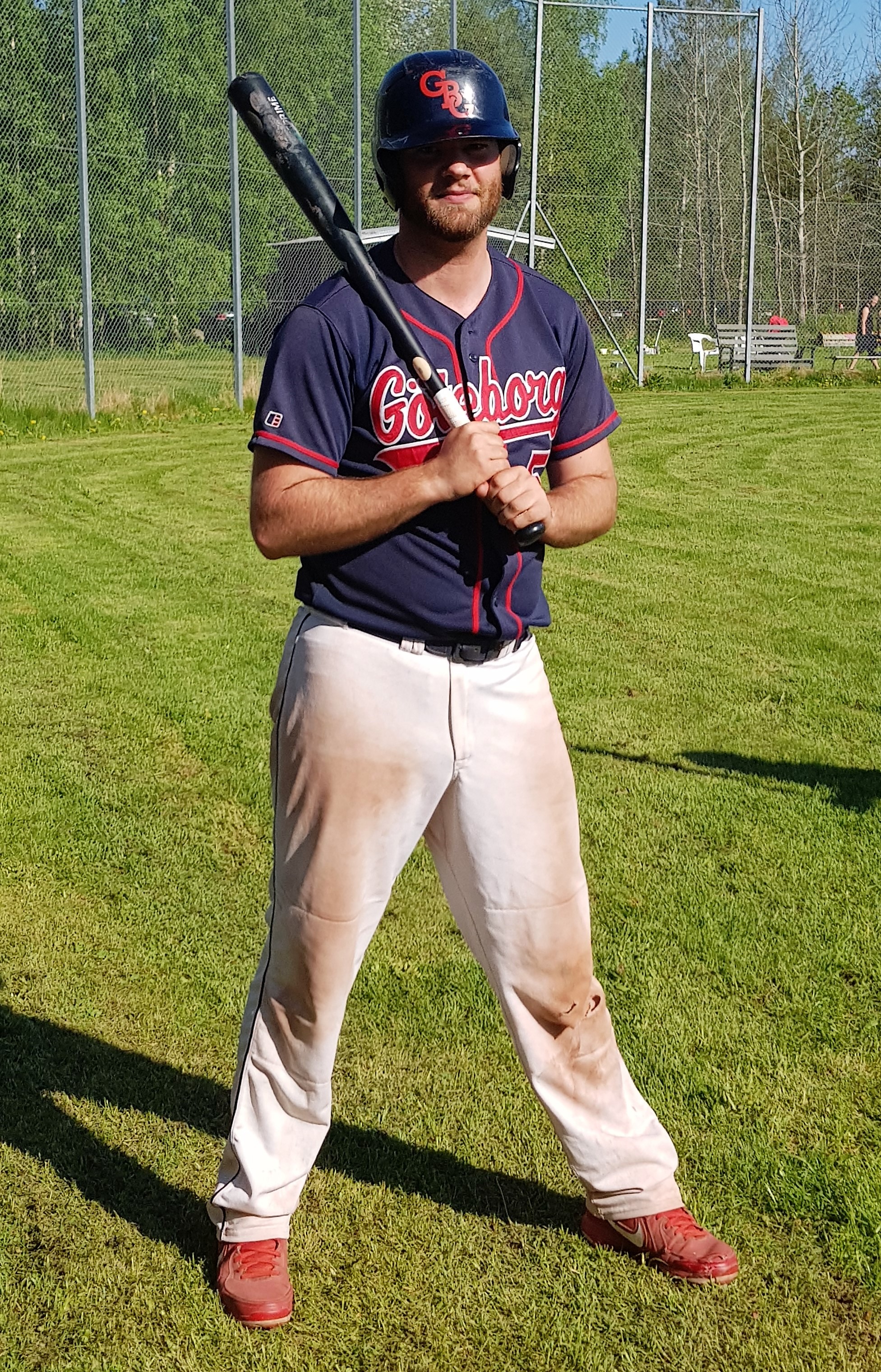 BIrthday boy Ekström is waiting for the ball to hit him.

Niclas Ekström went 1-3 with a walk on his birthday (and did get an HP as a gift).

Daniel Linnås was credited with his first official base hit.

Toofan Khazal was, as always, exceptionally solid behind the plate.

Joel Earnest played official baseball on the right side of 70.

There was no post game swimming excercise in Tranås.