It was muddy out at Shark Park today. The muddiest in years according to veteran Sharks. But even with the late cancellation by Skövde, everyone still had a great time.

Fourteen players showed up Sunday morning, ready to play and that’s just what they did despite the mud and cancellation. Even without Skövde, there were still enough players to form two teams and play a doubleheader with the assistance of a few dads in the outfield. And you could see the results of all those Tuesday evening practices, with plenty of nice plays by the young Sharks. 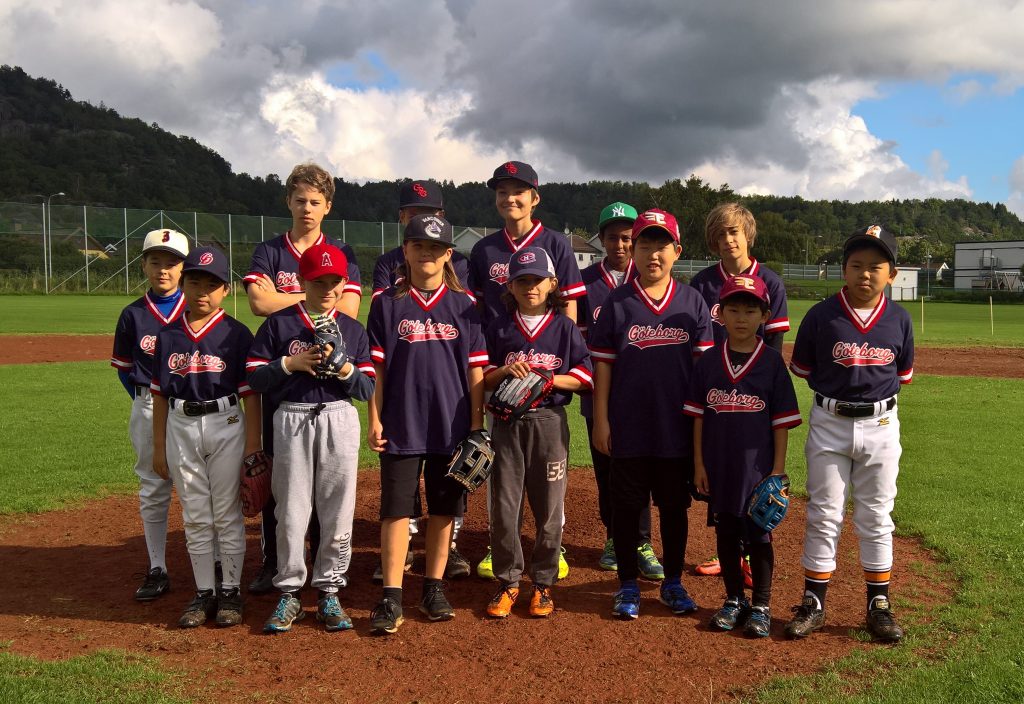 Between hot dogs during the break, the most common question was “When can we do this again?” Coach Edgren hopes to be able to reschedule the Skövde-Gothenburg matchup before the season comes to a close, but it will have to be after the junior league playoffs on September 24.