In this first playoff preview (total number of previews not yet known) we take a the look at the Sharks’ first opponent and possible matchups on Sunday.

The Alby Stars (9-5) will be the away team at their home field, Seagull Park, against the Göteborg Hajarna (9-5) on Saturday in the semifinals of the regional series playoffs. As the observant reader might have noticed, these teams have the same record and could only be separated in the standings with the help of Lady Lotten and the luck of the draw. While they have the same records, they are not the same team. 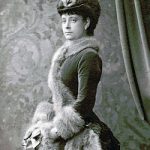 Lady Lotten Dorsch would probably have agreed that winning is better than losing.

Alby was even more impressive last season as they went 14-2 during their 2016 campaign. In the semifinals, they were up 5-0 when they had a meltdown in the bottom of the eight inning and gave up nine runs to lose the game 9-5.

The Sharks scouting department has naturally had their eyes on the Stars for a while now and is obviously aware that the Stars have not regressed.

“They got pretty much the same guys out there. They are a year older, but lost their coach from last season. Still a lot of experience and a lot of solid bats in their lineup,” according to an anonymous scout. 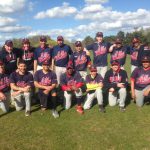 In this picture, Alby was a couple of years younger.

Those solid bats start with Roberto Hanoi Labrador Montero (as far as I know, the longest name in Swedish baseball) who is a force at the plate. The first baseman/center fielder sports an impressive slash line of .500/.608/.603/.1212 in 58 at bats. Not far behind is the Stars catcher, Osbel Arias Torres, batting a solid .448/.551./542/.1094. Torres’ defense also deserves respect as he has only five errors on the season and throws out runners at almost the same pace as the Sharks’ backstop Toofan Khazal.

Overall, they have a solid lineup with some pop. If we compare the two teams’ statistics, it is a pretty tight affair.

Sort of tight, but with the Stars atop. The Sharks do come out ahead in a couple of categories.

And that is all well and good, but as the saying goes,”pitching and defense win championships.” While obviously not quite true (you actually have to outscore your opponent in baseball), it does help. A lot.

The two pitchers in the Stars organization who have logged the most innings this season have not fared all that great. Aridany Moreno Fajardo is 4-2 with a 6.21 ERA and Ramon Illa is 3-2 with a 6.63 ERA. While that is not impressive on the surface, one has to consider that the Stars faced off with Los Nicas four times during the season.

Overall, it’s close once more if we start looking at the categories from a team perspective.

It’s obvious that the Stars rely more on a good defense than on those fascist strikeouts:

The Stars put up a solid defense behind their pitchers (at least, I think). As fielding defense in general are stupid and errors in this league (and all leagues) are based on one person’s subjective view, these following numbers should be taken with a grain of salt.

That is one atrocious fielding average posted by the Sharks and can and should not be white washed. On the other hand, this reporter regularly patrols the outfield so it might not be that much of a surprise.

Conclusion: These are two pretty well-matched teams that will probably play a good game. My guess is that one of the teams will win and that the winning team will score more runs that the losing team.

Los Nicas (11-3) was the top team in the regional series (not counting the “regional” team that Sölvesborg scribbled down on their lineup cards). While I would like to do an equally thorough review of this team, I’m now tired and won’t.

The Nicaraguans rely on being really good at playing baseball. In regional series measures, they are exceptional at throwing the ball, led by Omar Marin. He is the top pitcher in the regional league (including the “regional” team from Sölvesborg) and owns a brilliant 0.74 ERA. They have a great 1-2 punch with Santo Anibal Blanco who himself has an ERA of 3.67 (better than any Sharks pitcher).

As a team, they lead the league in ERA and are second in batting average against. 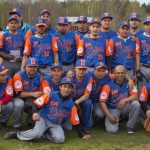 Los Nicas are good at baseball.

Tranås (8-6) went 3-1 against the Sharks during the regular season and made it to the second round of the playoffs this past weekend. Uppsala decided to not show up to play and Tranås got the better off Gefle as they took that one easy, 21-6.

Other than that, the Sharks faithful are well aware that one can never relax while playing Tranås.

“Winning is better than losing. We’re gonna try and win two. Hopefully, the Stockholm branch of the Sharks fanbase will show up to support us.”

First pitch is at four, Saturday afternoon, September 16 at Albyfältet.

(Joel Earnest contributed to this report).