One of the more high profile-players is seeing the end of the road.
Joel Earnest is going to wind down.
“The team is good enough now.”

After spending approximately 40 years in the Swedish minor leagues, Joel Earnest, 69, finally got the call. He was going to the big club. Six seasons later, he’s a regular figure in Coach Jonny Edgren’s lineup and the Hajarna faithful know him as “Mr RBI”.

In the clubhouse, Earnest is more known as “Spaceman”. His stories on the way it was are legendary and he is the glue that has kept this team together through these last couple of seasons.

“It was a big change back then, when Coleman and Jason left and Jonny came in.”

A couple of seasons later and the rebuilding process is coming full circle. The organization is stronger, the youth movement is real and the results keep coming. Even practice is more well-attended.

Earnest has had his moments on the field too. Just look at this past season, hitting .571 in the second half and helping the Sharks clinch a playoff spot early. During the years on the big club, he’s been known for his high contact rate and the Ty Cobb-like ability to aim the ball where the defense is weak.

“I’m happy with my career. I only wish I got the call some fifty years earlier. I expect my numbers might be a little higher in some areas,” Earnest says.

Earnest also played in the Elitserien back in 2015 where he memorably took the mound in the late innings against Sundbyberg and got relieved by his son, Erik, who took over.

“Yeah, when I came in to protect Jason’s no-hitter, and then Erik came in to bail me out after I  filled the bases, but still without giving up a hit. Erik struck out the next batter, and then I started a double play from left to get out of the inning. It was golden…” Earnest says. 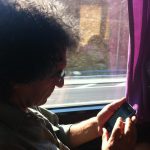 And now, after the playoff weekend, Joel Earnest will look to cut back on his playing time. He has vouched to still be the team uncle, still be the informal leader at practice and provide his wisdom and skills at the majority of the SWBL games and the occasional regional game — especially against the Malmö Pilots.

“It’s time to free up som playing time for the kids. Not too much though, but some. And I always enjoyed playing the Pilots, even during the years when they dominated us,” Earnest says. 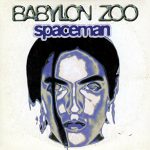 The Hajarna faithful will take some time to get used to not having Earnest out there every day. But when it’s time, it’s time.