This is the fourth part of the 2017 regional preview for the Göteborg Hajarna. Ideally, this series would have concluded by looking at the opposition. And since the scouting department brought me ‘information’ about the Sharks upcoming opponents, this is now happening.

Disclaimer: This particular preview is the opinion of the scouting department and does not necessarily reflect the organization’s views or any other for that matter.

The Sharks face off with their brothers from Malmö six times during the 2017 season, including the home opener and the final games of the regular season.

Last year’s record: 2-14
The Pilots was presumably not at all satisfied with their play in 2016 and it wasn’t an easy season for them. Struggling at times to fill out the roster come game day, it was impressive that they still showed loads of potential at times. They displayed great pitching at times and the top of the lineup looked especially solid. 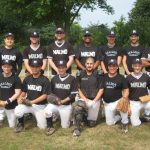 This squad presumably thinks that winning is better than losing.

Prediction:
It’s hard to tell what kind of talent the Pilots added to their roster, or any other facts for that matter (this might be a theme during this preview). However, we do know that they played a spring training game against the Copenhagen Urban Achievers. While we have no idea how (or if) the game ended, it’s pretty neat to have some international experiences. Hopefully, that will help the Pilots in the upcoming season (hopefully not enough against the Sharks).

Last year’s record: 13-3.
The Bats last season showed that they have the potential to advance to the Eliteserien as they only lost three games in the regular season and embarrassed the Sharks in the playoffs winning 15-0.

Acquisitions: Now we’re talking! Not only has the Bats made offseason acquisitions, they’ve also announced them to the world. Forrest Weaver and Rafael Torres are set to join Karlskoga in their ambition to advance to the Elitserien in 2018.

Weaver, 25, is a pitcher that can throw with both arms(!) and reaches low to mid 80s from both… arms… That was a weird sentence to write. Anywho, he can apparently throw a changeup and curveball from the left side and changeup and slider from his right. To go with a fastball from both sides of the plate. No, from both arms. Both sides of the mound? Weaver, whom has a coaching background despite his young age, will try to lead the young Bats players to new heights.

Rafael Torres was born in Puerto Rico and is primarily an outfielder but, from experience, professional baseball players could probably play any position in Sweden (including all positions in cricket, water polo and rugby). Torres, 26, like Weaver played baseball at Oklahoma Wesleyan University. And is though to be a force at the plate, among other things.

Prediction:
Well, the Bats were the best team by far in the southern parts of baseball Sweden before the acquisitions from Oklahoma and will quite possibly go through the Regional series undefeated. Top players from the 2016 season, such as Emil Lundh and pitcher Anton Carlson, will likely return and mixed with great talent from abroad, they undoubtedly have the best team from the old “Southern” division. This will presumably and, I would think from the Bats point of view, hopefully put them over the top on the whole regional level. 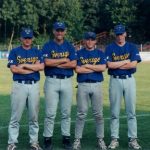 A younger Emil Lundh is possibly in this picture.

It will be exciting to see imports in the regional league and especially so with an ambidextrous pitcher. While it’s safe to assume that the Sharks, nor any other regional team, most likely will not stand a chance against the Bats, it will be fun to host them at Shark Park. Also, interesting to see how the farm team deal with Sölvesborg plays out as the Firehawks of Sölvesborg now have their own regional team.

The Sharks combat with Tranås four times during the 2017 season.

Last year’s record: 11-5.
Tranås can play baseball, there is no doubt about that. On occasion, they did have some troubles last year to field a team but that will hopefully be sorted out come the opener of this season.

Acquisitions:
Unknown. The website was last updated in 2014 and a facebook site is nowhere to be found. Nils Bergehed was one of the top pitchers in the league last season and rumor has it he will continue to pitch in 2017. Other than that, rumors about acquisitions have been sparse. However, there have been rumblings that the Jönköping side of the team has grown in numbers while the Tranås side has dwindled. It remains to be seen whether or not that is true and if it has an impact on their firepower. 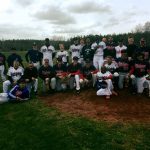 The Sharks played the Jönköping side of the Tranås team in the SWBL.

Prediction:
One can never give up on the Tranås Baseball team. No matter what kind of players the lose or gain, they always show up with a competitive side. This upcoming season will be no exception. Markus Sandqvist was a force at the plate last season and his inclusion in the lineup will go a long way to ensure success for the Tranås side this season.

The Sharks has a double header at Norrköping in the beginning of August. They did not play Norrköping in 2016 and split the four game series with them in 2015.

Last year’s record: 2-14
The Blue Sox are still a new organization and a new team. As such, they are sure to have their growing pains but as they start their third season in regional ball they will quite possibly take a few steps forward.

Acquisitions:
Unknown. The website has not been updated (ever?) and no posts have been added to the instagram page for the last two years. They have, however, the best fangroup in all of Swedish baseball – Stödstrumporna (translation: compression stockings, not at all as much fun in English).

Prediction:
Jesus Mendoza was the main force in the Blue Sox lineup during last season. He had a shiny .500 average and an OPS north of .1200 which is… quite impressive. Other than that, Hampus Eriksson and Erik Lindström is the main batters to look for when scouting Norrköping.

The Norrköping catcher can only watch as the ball might be hit somewhere.

The Sharks travel to Deer Park for a meet and greet with the Firebats. It might be good that it’s only one double header as the Firehawks logo and jerseys are suspiciously similar to the Sharks. It would have been hard for the Sharks faithful to make sense of that situation.

Last year’s record: Did not play in the regional series.
It’s hard to make any kind of assumptions about the Firebats firepower in the 2017 version of the regional series. The organization is loaded with talent and has (had?) a farm deal with Karlskoga during the 2016 season. It is unclear, however, how much of that talent that will feature on the regional team.

Acquisitions:
Most of the news, rumblings and rumors from the organization has been about the elite team and the comings and goings of the international players. It’s sad to see Evan Porter leave Sweden as he was a treat to watch for any baseball fan but he would probably not have featured in the regional series anyway.

Prediciton:
It’s unlikely that the very competitive organization would field at regional team without knowing they have the talent to back it up. Count on the Firebats to be a contender for the playoffs and that Deer Park is one of the cosiest ballparks in Sweden (sadly, they now have a electronic scoreboard). 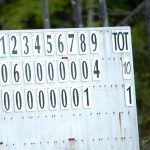 This reporter is not a fan of modern things.