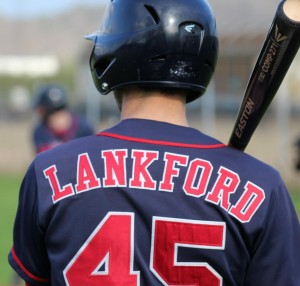 Joe has been with the Gothenburg Sharks since 2009. The whole 2012 season was spent at third base. His best season this far was the 2011 with an on base percentage of .403. The three homers and five doubles earned him his best slugging this far.

The 2012 season was a slight step back, despite that Joes focus with the pitches increased at the plate reducing the strike out percentage and increasing the walk percentage vs total at bats. The on base percentage dropped to .367.

Joe takes a huge responsibility in the Gothenburg Sharks organization being member of the board and coaches the junior sharks!

Joe was awarded best batter and MVP of the Sharks for his performance in the 2013 season.

Joe was awarded MVP for the Sharks for his performance in the 2014 season.